Ten years or so ago my job took me to Asia quite a few times. Hoping to become a lead person in China affairs, I studied the language, culture and modern history. On two of my trips I stayed several weeks and completed a self-assigned photo project to look beyond the tourist images to connect with people. My reason for this stemmed from concern that our China policy was based on demonizing their country, finding spies among Chinese Americans, and generally rebuilding a Cold War atmosphere. Strong interest in Chinese people as fellow humans obviously interfered with becoming an accepted "China expert," but the photographs are reward enough for me.

All photographs of people here are by their permission. Usually they took pictures of me in their family group also. I must be in many family albums, as the "We met a real American today" photo.

For these trips I sold my beloved RB67 cameras and converted to a Hasselblad system. Weight was the primary factor in consideration of having to carry the camera bag all the time. I was staying in a college dormitory and could not impose responsibility for an expensive camera on people there. That was the hard part; the good part was that I lost about ten pounds carrying that bag all the time.

Some of the captions will tell more of the story. I have moved the dragon photos to the top of the stack in commemoration of 2012 being the Year of the Dragon. Prints are available to 16x20, mounted and framed sizes about 22x28".
Read More 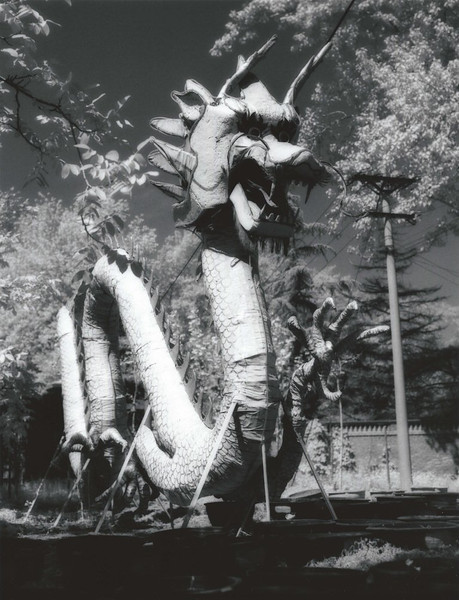